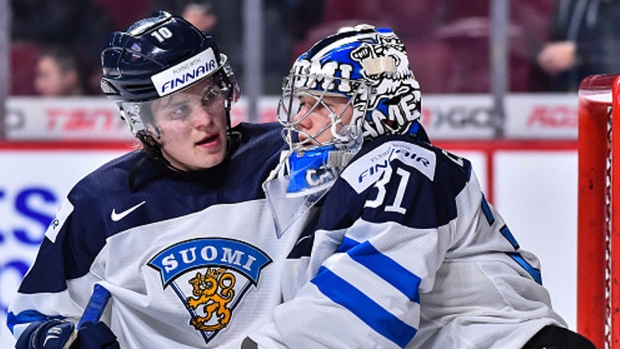 Finland avoided relegation from the World Junior Championship on Tuesday with a 4-1 win over Latvia in Montreal.

The Finns swept the best-of-three relegation series after also winning 2-1 on Monday.

The defending gold medalists went 1-3 in the round robin to finish last in Group A. They fired head coach Jukka Rautakorpi after losing their first three games and became the first defending champions to have to play the relegation round the following year.

The win over Latvia means Finland officially finishes ninth at this year's tournament. They scored a total of 12 goals in their six games.

Latvia will be dropped from the 10-team field for next year's World Juniors in Buffalo. A newly-promoted team will take their place.