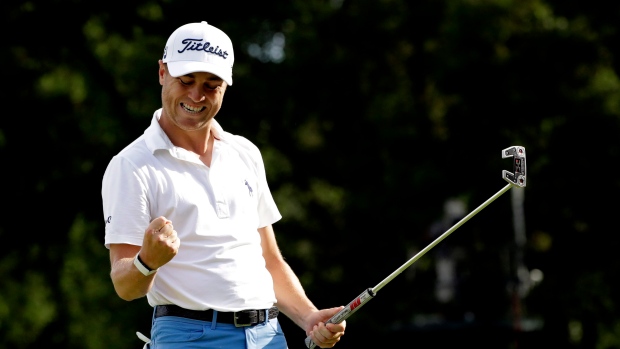 A week after Bryson DeChambeau dismantled the Rocket Mortgage Classic for his sixth career PGA Tour victory, his contemporaries get a breather from his prodigious power as he's taking the week off.

That allows other big names like Jon Rahm, Justin Thomas and Brooks Koepka – three of the top six players in the world - an opportunity to step up at the inaugural Workday Charity Open.

While this is the very first edition of this event, it will be played at a familiar venue in Dublin, Ohio, that usually hosts the Memorial Tournament at Muirfield Village Golf Club.

This marks a unique two-week stretch in which both the Workday Charity Open and the Memorial Tournament will be contested at the same golf course.

The reason the tour opted to play consecutively at this course is because the John Deere Classic was cancelled due to concerns over the COVID-19 pandemic in Illinois, which left them in need of a quick short-term option to replace it.

DeChambeau, who won at this venue in 2018, opted not to play after winning as a heavy favourite at +650 last week in Detroit.

The “defending champion” Patrick Cantlay is the eighth-ranked player in the world who stormed back to win the Memorial last year.

Low scores are the norm at Muirfield Village with all but two years (2008, 2012) since 1990 resulting in a double-digit under par winning score.

Here is our first look at the field for the Workday Charity Open.

Thomas has been Dr. Jekyll & Mr. Hyde lately - and at Muirfield Village 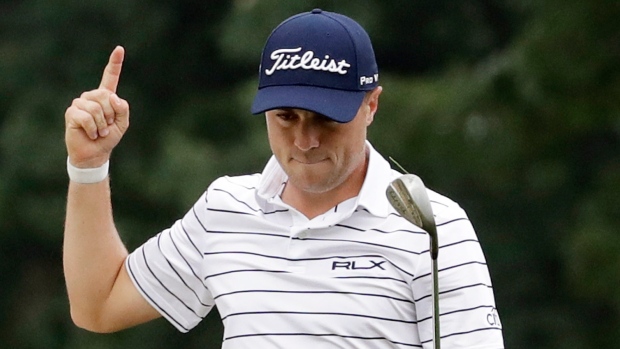 Trying to figure out which Justin Thomas will show up in 2020 has been a dicey proposition.

However, he also has three missed cuts.

Thomas has also been inconsistent at Muirfield Village in each his five previous appearances here.

He delivered solid performances with a tie for fourth here in 2017 and a tie for eighth at Muirfield Village in 2018.

I’d like to see a little more consistency from a golfer in terms of specific tracks and overall before I bet them as a tournament favourite with confidence.

Obviously, JT has the talent to absolutely dominate a course on a whim, so it's a risky proposition to steer clear of wagering on him this week, but it's probably the prudent move.

Matsuyama an intriguing option this week 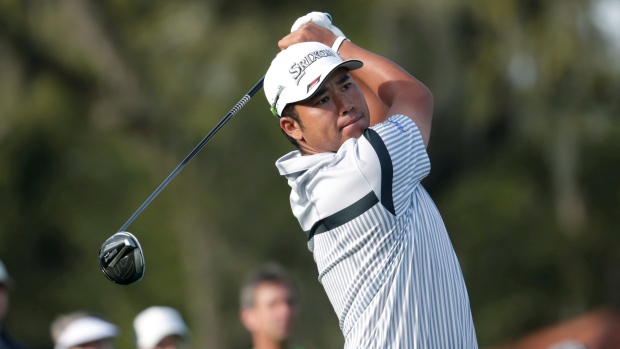 If Hideki Matsuyama ever figures out his balky putter, he could go on a massive tear.

That flat stick has been a problem for him this season - he ranks 200th in strokes gained putting.

Fortunately, this week he returns to the site of his first PGA Tour victory in 2014, and friendly confines produce quality results for Matsuyama.

He missed the cut at the RBC Heritage but then recovered to post a tie for 21st in Detroit, but his putting has continued to let him down.

Matsuyama lost over two strokes to the field in Detroit and over five shots at the RBC Heritage.

At the Rocket Mortgage Classic, however, he was a ball-striking machine, gaining over seven strokes on the field tee-to-green.

If he can find a semblance of a putter on greens he's had success on in the past, those +1600 odds will be looking pretty nice for a wager.

All over the flagstick. ⛳️

Horse For This Course

Aside from an uncharacteristic missed cut last year at the Memorial, Matt Kuchar has been a model of consistency at this venue.

At +4000, Kuchar is sporting solid value this week.

A top-five (+700) bet might be more to your liking if you don't feel Kuchar can close the deal on a victory.

Ryan Armour was completely lost with his game in 2020 prior to the COVID-19 pandemic.

The 44-year-old packed his bags after 36 holes in all six events to start the year.

In three tournaments since the hiatus, he's made the weekend each time, starting with a pedestrian T-74th result at the RBC Heritage.

The two events since then, however, have produced quality results with a tie for sixth at the Travelers Championship, then an even better tie for fourth at the Rocket Mortgage Classic.

He's also been in the top-25 in each of the last two years at Muirfield Village.

You can do a whole lot worse than betting on an unheralded long shot at a course that in recent years has crowned some unlikely champions in William McGirt and David Lingmerth.

The PGA Tour's iron man has run into a rut in his last three tournaments.

Prior to that, the 22-year old South Korean phenom picked up his first win at the Honda Classic and then was third at Bay Hill and then tied for 10th at Colonial.

Im, who has played a remarkable 34 and 35 events, respectively, in the last two years has fallen on hard times.

He missed the cut at the RBC Heritage.

He's played this track just once, also with not much to show for it - a T-57 last season.

He's lost strokes to the field in each of the last three times approaching the green.

That doesn't bode well for a course that puts a premium on ball striking due to the thick rough.

My how the mighty have fallen.

Jason Day, the former world No. 1, has been plagued by an assortment of injuries throughout his career, dropping him to 63rd in the rankings.

That's at least partly to blame for these uncharacteristic results in his last six outings – four missed cuts, one withdrawal, and a T-46 at the Travelers Championship.

Taking injuries and ineffectiveness out of the equation doesn't tell the full story of just how shockingly bad Day has been at Muirfield Village, too.

The 2015 PGA Champion who lives in a nearby suburb of the course has played in all but one year since 2008.

Add it all up and despite those +8000 odds being mighty juicy for a world-class player, it's not likely to produce an exciting payout.

*All Betting Information appears as listed by Bodog on Tuesday, July 7, 2020.