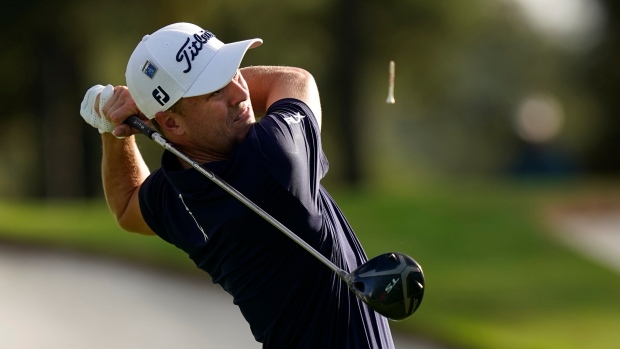 Justin Thomas opened as a heavy +600 favourite to win the Mayakoba Classic this week.

The final official PGA Tour event in 2020 takes place at the El Camaleon Golf Club in Playa del Carmen, Quintana Roo, Mexico this week, where Brendon Todd will defend his title at the Mayakoba Golf Classic.

Just five of the top-25 players in the world are set to compete, but there are two big names in the field with Thomas and Brooks Koepka teeing it up.

In the 13-year history of this event, the winning margin of victory has been two strokes or less all but once (Harris English in 2013).

Two weeks ago at the RSM Classic, 350-to-1 long shot Robert Streb earned his second career victory in a playoff over Kevin Kisner.

Will we see another long shot deliver this week?

Five Canadians will tee it up, with Corey Conners sporting +2800 odds to earn his second win on the main circuit.

The other four are considered dark horses to win, with Adam Hadwin the next Canadian on the board at +10000.

Roger Sloan is listed at +15000 odds, followed by both David Hearn and Michael Gligic at +25000 to secure their first PGA Tour victory.

Here is our first look at the field for the Mayakoba Golf Classic.

It should come as no surprise that Thomas would be so strongly favoured to capture his 14th career PGA Tour victory based on how well he's been playing in the lead up to this event.

In the last five times he's teed it up, Thomas has posted a pair of runner-ups at the Tour Championship and Zozo Championship, a fourth place result at the Masters, T-8th at the US Open and T-12th at the CJ Cup at Shadow Creek.

Since winning in his first start of 2020 at the Sentry Tournament of Champions, he has secured just one title despite ten top-10 results in 18 starts.

For his lofty standards, that qualifies as somewhat of a disappointment.

At the Masters, he co-led after two rounds before finishing fourth - a full eight shots back of Dustin Johnson.

At the Zozo Championship at Sherwood he was the 54-hole leader before letting the lead slip away.

Clearly, Thomas is head and shoulders above his rather pedestrian competition this week.

The problem is that at +600 odds there isn’t much value taking Thomas to win outright.

Harris English has been dialed in

There aren't many players who have played as consistently well since the tour restart in June as English.

In his last 13 starts, English has made the weekend 12 times and he's been inside the top-25 on 10 occasions.

During that span, English has moved from 155th up to 33rd in the world.

His best finishes were a runner-up at the Northern Trust, fourth at the US Open and in his last tournament, and T-6th at the RSM Classic where he closed with a Sunday round of 62.

He also has tasted success at this track, having won this tournament in 2013 and placing fifth here a year ago.

Two players have won for a second time on the same track in the early going of the 2020-21 PGA Tour season with Streb doing it two weeks ago at the RSM Classic and Martin Laird at the Shriners Hospitals Open.

Despite not winning since that title at the Mayakoba Golf Classic in 2013, English looks like he could be primed to follow in the footsteps of those two players.

Past Five Winners of Mayakoba Classic

Conners has earned a reputation as one of the best ball strikers on tour, having led that category on the circuit last season.

That has resulted in him ranking second in the early part of the 2020-21 season in birdies.

Subsequently, he enters this week in fine form, having made six straight cuts.

The highlights of those finishes were a T-10th at the Masters, T-8th at the Zozo Championship and T-10th in his last start at the RSM Classic.

That leads him to be an intriguing +2800 option to win outright, and by far Canada's best hope based on recent results.

Horse For This Course

Keeping with the potential trend of players winning for a second time at the same venue, the 2017 Mayakoba Golf Classic winner Kizzire is an interesting option.

He's made seven of his last eight cuts, with T-10th, T-11th and T-24th results in the last three times teeing it up.

So far in the 2020-21 season, Kizzire ranks third in SG: putting and fifth in strokes gained short game of those teeing it up.

He's never missed the cut in four attempts at this venue, though the victory was by far his best finish at this track.

At +7000, Kizzire is a name worth monitoring at the Mayakoba Classic.