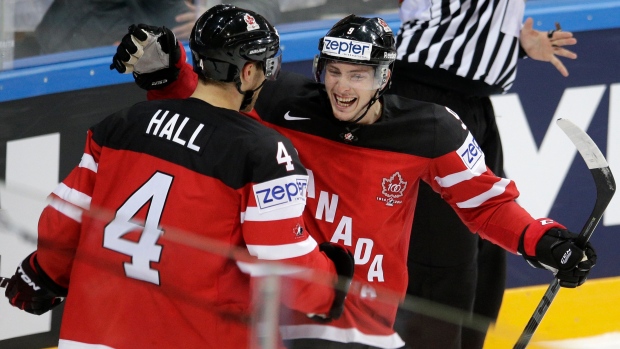 The first order of business for the man tasked with leading Canada to a third straight best-on-best world title may be his toughest assignment.

Doug Armstrong must decide on a head coach for Team Canada. Both Mike Babcock, winner of back-to-back gold medals at the Olympics, and Joel Quenneville, with three Stanley Cups in the last six seasons, are at his disposal.

Then, after that, Armstrong will pick a hotly debated lineup.

Armstrong is officially taking the reins as Hockey Canada’s executive director for the 2016 World Cup of Hockey this morning. Steve Yzerman stepped down after delivering gold medals at the 2010 and 2014 Winter Olympics.

Armstrong, 50, served on the management team under Yzerman in both Olympiads. He will be assisted by Detroit’s Ken Holland, Montreal’s Marc Bergevin and Los Angeles’ Rob Blake, Anaheim's Bob Murray and Scott Salmond of Hockey Canada.

The Toronto-based eight-team World Cup of Hockey, reincarnated for the first time since Canada topped Finland in 2004, includes a North American young stars squad and a pan-European team made up of players not from the six major hockey-playing countries: Canada, USA, Czech Republic, Finland, Russia and Sweden.

What will Canada’s 2016 World Cup of Hockey roster look like?

One wrinkle still to be ironed out is the exact age qualification for North America’s young stars team. NHL deputy commissioner Bill Daly told TSN.ca the official birthdate cutoff for the team has not yet been set. Any player who falls in the younger category, believed to be 23-and-under by the time the tournament begins, will not be available to be selected by Team Canada or Team USA.

In other words, 18-year-old Connor McDavid is not eligible to play for Team Canada.

Frank Seravalli joins TSN.ca from the Philadelphia Daily News, where he covered the Flyers for six seasons. He can be reached on Twitter at @frank_seravalli.