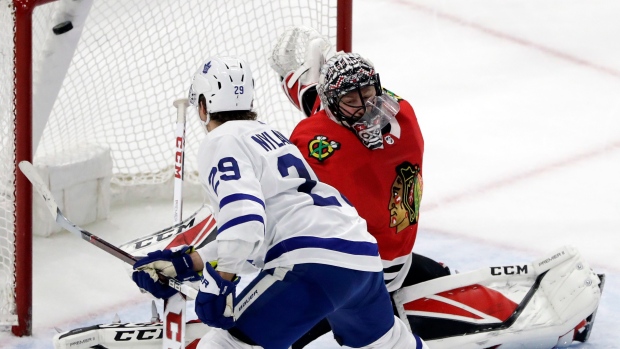 Free agent goaltender Jeff Glass said Sunday he will join the Calgary Flames on a professional tryout contract for training camp this month.

The 32-year-old, who made his NHL debut with the Chicago Blackhawks last season, announced the deal on the Bosco Podcast, according to host Nick Godin.

Jeff Glass just announced on our podcast (@BoscoPodcast) that he's signed a PTO with the Calgary Flames.

Glass posted a 3-7-3 record in 15 games with the Blackhawks last season with a 3.36 goals-against average and a .898 save percentage.

A 2004 third-round pick of the Ottawa Senators, Glass played in the AHL, ECHL and KHL before finally getting into an NHL game last season.