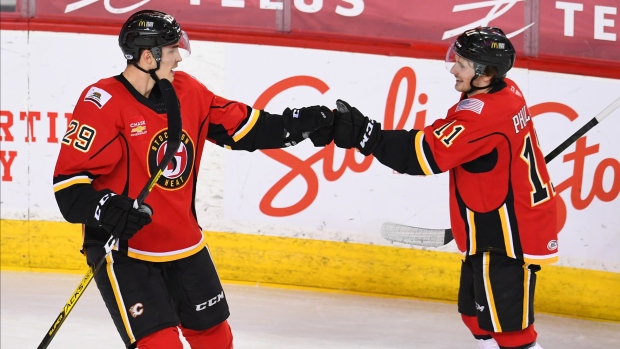 CALGARY — The Calgary Flames will relocate their American Hockey League affiliate from Stockton, Calif., to Calgary in 2022-23.

The team announced Monday the AHL's board of governors approved the move.

Calgary's AHL team has been the Stockton Heat since 2015.

Details relating to the transfer are still to be finalized, the Flames said in a statement.

After five seasons in Abbotsford, B.C., the team spent 2014-15 in Glens Falls, N.Y. as the Adirondack Flames.

The Calgary Flames are currently facing the Edmonton Oilers in the second round of NHL playoffs. The Oilers lead the best-of-seven Western Conference semifinal 2-1 with Game 4 Tuesday in Edmonton.