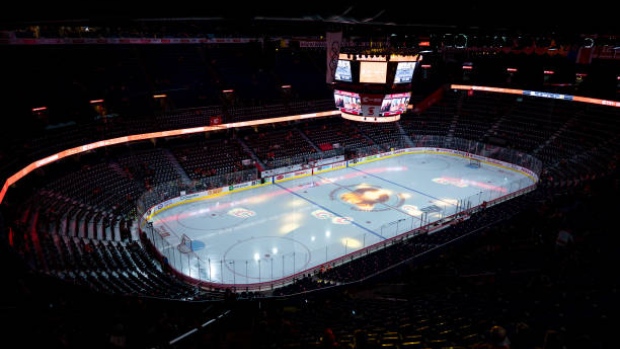 Calgary Flames fans hoping for a holiday miracle for the team’s new arena deal have not gotten their wish. The agreement the team’s owners had with the city has officially been terminated.

The construction phase of the agreement was set to begin on Dec. 31 but required both the City of Calgary and Flames ownership to provide formal written notice to move forward. Neither side gave that notice, which led to the agreement formally ending.

Both the Flames and the city confirmed the termination of the deal on Monday.

The Calgary Sports and Entertainment Corporation (CSEC) and the city initially agreed to the new facility in Dec. 2019, but that agreement was reworked amid escalating costs and the role of the Calgary Municipal Land Corporation as the project manager.

CSEC and the city then came to a new agreement in July 2021 on the $600-million-plus facility. The city would have contributed $287.5 million, or approximately 47 per cent. CSEC would have been responsible for $321 million, as well as certain cost overruns. The National Hockey League was involved in the negotiations and did communicate directly with the City.

On Dec. 21, Calgary mayor Jyoti Gondek announced that CSEC had withdrawn from the joint venture because CSEC could not pay for approximately $10 million in those overruns.

“There was additional funding that had to be taken on by Calgary Sports and Entertainment Corporation,” Gondek said at the time. “It appears that they are unable to make that financial commitment.”

The Flames later confirmed the cost overruns but felt blindsided by increased expenses levied by the city.

“While CSEC was prepared to move forward in the face of escalating construction costs and assume the unknown future construction cost risks, CSEC was not prepared to fund the infrastructure and climate costs that were introduced by the city following our July [2021] agreement,” CSEC president John Bean said on Dec. 22.

“Included the newly-introduced cost related to infrastructure and climate, the accumulated cost increases for CSEC now total $81.5 million, which represents an increase of 30 per cent relative to the original agreement reached in December of 2019.”

Despite the differences between the two sides, there was still a chance the centre to go ahead if they began discussions again and both met the Dec. 31 construction phase deadline.

However, Gondek has not been in contact with the Flames since her Dec. 21 announcement. There is no chance for the new arena project to be revived in its current format – even if the remaining $10 million in cost overruns is covered by one of the sides and that issue is solved.

“The Agreement in place is now finished and will not be resurrected,” the mayor’s office said on Monday.