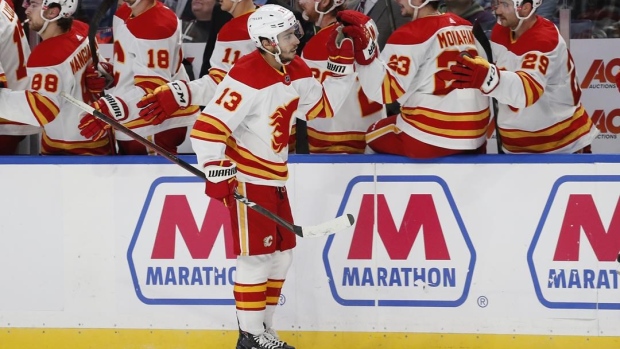 Gaudreau ranked second in the league with 26 points (11 goals, 15 assists) in March as the Flames posted a 9-4-3 record and built a five-point cushion atop the Pacific Division.

The 28-year-old had seven multi-point performances, highlighted by his first career five-assist outing March 26 against Edmonton and his sixth career hat trick March 10 versus Tampa Bay.

Nashville defenceman Roman Josi was named first star of the month with a league-high 24 assists and 28 points and a plus-14 defensive rating in 14 games.

The highly touted 21-year-old struggled at the start of this season and had 18 points (seven goals, 11 assists) in 38 games entering the month.