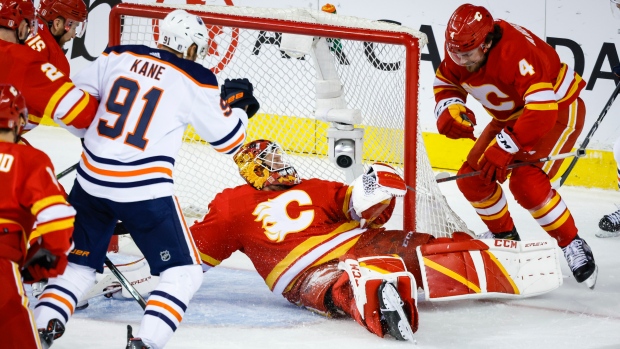 The Calgary Flames and Edmonton Oilers are all square at 4-4 and headed to overtime in Game 5 of the Battle of Alberta from Scotiabank Saddledome.

The Flames need a win to stay alive and force a Game 6 while the Oilers can punch their ticket to the Western Conference Final with a win.

Calgary thought they had taken the lead late in the third period thanks to a Blake Coleman goal, but the goal was taken away after the referees deemed it a "kicking motion."

The contest has been highlighted by a wild second period in which seven goals were scored, including four in just 71 seconds.