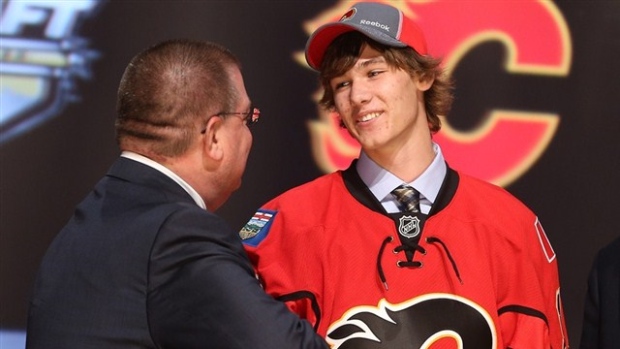 CALGARY - The Calgary Flames have signed centre Mark Jankowski to an entry-level contract.

The deal will begin in 2016-17, and Jankowski will report to Stockton on an amateur try-out agreement.

The Flames drafted the 21-year-old native of St. Catharines, Ont., in the first round, 21st overall at the 2012 NHL draft. Some analysts said the Flames went off the board to draft Jankowski, who played youth hockey at Stanstead College in Quebec.

Then Flames general manager said at the time that Jankowski eventually "will be viewed as the best player in the 2012 draft," adding "We felt we could take the gamble."

Jankowski spent the last four years in the NCAA with Providence College, leading the Friars in goals (15), assists (25), points (40), and plus/minus (plus-24) last season.