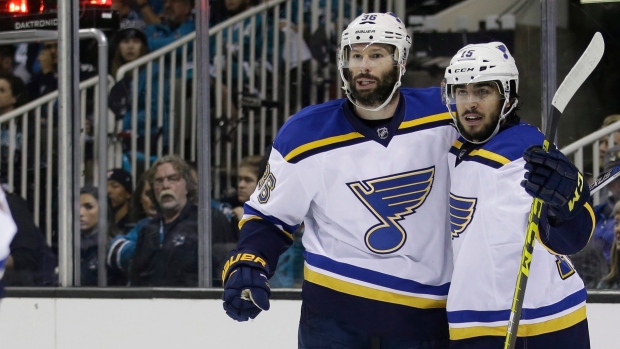 Troy Brouwer has signed a four-year, $18 million contract with the Calgary Flames.

The 30-year-old forward scored 18 goals and 39 points in 82 games with the St. Louis Blues this past season. He added eight goals and 13 points in 20 games this postseason as the Blues fell to the San Jose Sharks in six games in the Western Conference finals.

The Vancouver, B.C. native is coming off a three-year, $11-million deal signed with the Washington Capitals in 2013.

Brouwer was a seventh-round pick (214th overall) of the Chicago Blackhawks in 2004 and has tallied 150 goals and 144 assists for 294 points in 613 games with the Blackhawks, Capitals and Blues.