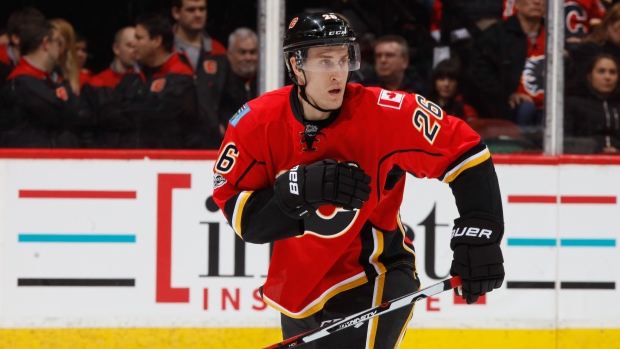 The Calgary Flames have assigned defenceman Michael Stone to the AHL's Stockton Heat for a conditioning stint.

Stone, 28, last played on Nov. 11 and was placed on injured reserve on Nov. 22, when a blood clot was discovered in his arm. He's missed the team's previous 42 games.

Stone had been a healthy scratch for 11 of Calgary's previous 12 games when he was placed on IR. He has four assists in 11 games this season.

He was originally drafted in the third round (69th overall) by the Arizona Coyotes in 2008 before being traded to Calgary for two draft picks on Feb. 20, 2017.