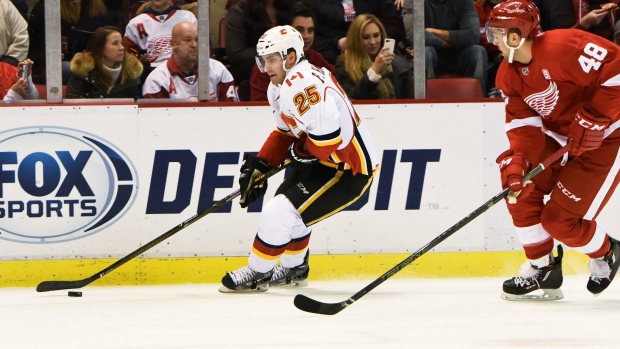 Hamilton, the older brother of Flames defenceman Dougie Hamilton, owns one assist in eight games with the Flames this season. He last dressed with the team on Dec. 22, posting a minus-1 rating in 7:30 of ice time against the Montreal Canadiens.

The 26-year-old owns four goals and six points in 67 career NHL contests with the San Jose Sharks, Colorado Avalanche and Flames. He appeared in a career-high 26 games with the Flames last season, scoring two goals.

He was drafted by the Sharks in the fifth round of the 2010 NHL Draft and made his NHL debut during the 2013-14 season.