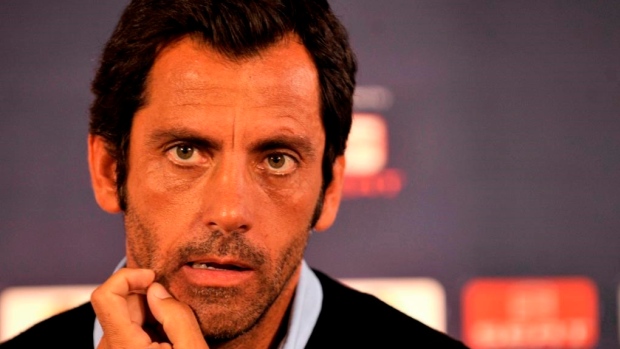 Flores was fired Sunday with Watford in last place in the Premier League and having won just one match in 14 this campaign.

Watford said a successor would be named quickly and indicated the club could be active in the January transfer window.

"Quique is a man of great integrity and it was clear how much he wanted to have a positive impact, but ultimately results have dictated our decision," Watford chairman and CEO Scott Duxbury said in a statement.

"The appointment of a new head coach is imminent, and with nearly two-thirds of the season remaining, we will provide all the support necessary to make the coming months successful."

There was no word on who would coach the team for Wednesday’s Premier League visit to Leicester.

Flores, who was also manager at Vicarage Road for the 2015-16 season, was hired again in September as the replacement for fellow Spaniard Javi Gracia.

Watford won only once under Flores, at Norwich last month, and lost 2-1 to Southampton on Saturday in his last game.

Watford is on eight points, six from safety, in its fifth straight season in the top division.

Sanchez is the third Premier League manager to be fired in the past 12 days, after Tottenham’s Mauricio Pochettino and Arsenal’s Unai Emery.