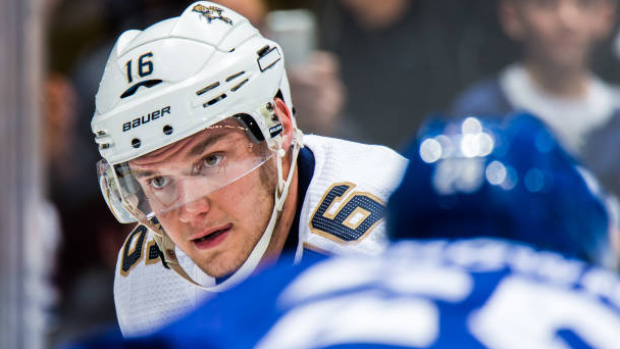 Count Florida Panthers captain Aleksander Barkov among the supporters for a tournament to decide who wins the Stanley Cup if the NHL resumes play this season.

“The best-case scenario is probably the tournament,” Barkov told The Athletic on Monday. “Thank God I don’t have to decide anything. I’m just here, waiting to see what the league does with the season and trying to stay healthy.”

Barkov's preference hardly comes as a surprise, with the Panthers sitting three points back of the Toronto Maple Leafs for third in the Atlantic Division with one game in hand when the season paused on March 12. The 24-year-old said he believes Panthers deserve a chance to compete if or when the league resumes play.

“I don’t think it would be right if we’re left out,” Barkov said. “We are close to a playoff spot and have 13 games left. We just started playing as well as we did before the All-Star break, the bye week. We were feeling pretty good, playing with confidence.

“Obviously this thing sucks and health is first. I think the league made the right decision, the world has been making the right decisions. We need to keep people inside, stay away from each other right now. That’s a good thing for everyone. We’ll take a little break and we can be back sooner than later.”

Sidney Crosby and Connor McDavid have both advocated for the league playing regular season games ahead of the playoffs if play resumes and TSN Hockey Insider Darren Dreger reported last week that most general managers would support a shortened regular season schedule as well.

"I can tell you that the National Hockey League is receiving proposals, literally on a daily basis, from NHL general managers and other club types around the National Hockey League," Dreger said on Insider Trading. "But, the general managers I'm talking to would support the idea of playing some form of a regular season before the playoffs. It doesn't have to be the balance of an 82-game schedule. I mean, timing is going to dictate that. But even a two-game regular season or a five-game regular season before the playoffs, I think most GMs would support (that)."