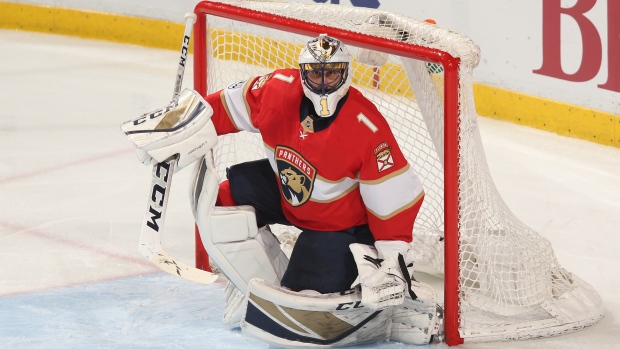 The Florida Panthers announced Wednesday they have named former goalie Roberto Luongo the special adviser to the general manager.

Luongo retired after last season after 19 seasons in the NHL, 11 of which he spent with the Panthers.

"I've had the honour and privilege to work with Roberto during his time playing for the Panthers and am proud to welcome him to our franchise's hockey operations staff," Panthers GM Dale Tallon. "Roberto always approached every game with an unmatched work ethic and we are confident he will take to this new role with the same passion. A cornerstone player in our franchise's history, we are thrilled that 'Lu' will have a hand in shaping our franchise's future."

Luongo owns the Panthers franchise record for games played by a goaltender (572), wins (230), and shutouts (38), among others.