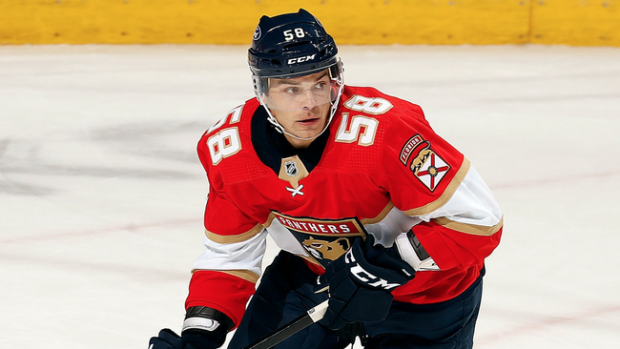 The Florida Panthers announced the re-signing of defenceman Noah Juulsen to a one-year, two-way deal on Monday.

Juulsen, 24, appeared in five games last season for the Panthers after being claimed on waivers from the Montreal Canadiens in January.

The native of Surrey, BC also appeared in four games for the Panthers' American Hockey League affiliate Syracuse Crunch.

Originally taken with the 26th overall selection of the 2015 NHL Entry Draft out of the Western Hockey League's Everett Silvertips, Juulsen has appeared in a total of 48 NHL games over three seasons with the Habs and Panthers. He has two goals and six assists for his career.

Internationally, Juulsen was a member of Canada's silver medal-winning team at the 2017 IIHF World Junior Hockey Championships in Toronto and Montreal.