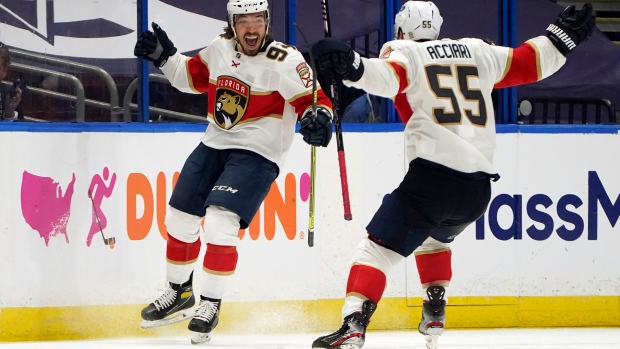 The Florida Panthers have re-signed winger Ryan Lomberg to a two-year contract worth $1.6 million the team announced on Friday.

Lomberg, 26, has one goal, three points, and 19 penalty minutes in 10 games this season.

Taking the Lomberghini for another spin 🔥

We have re-signed Ryan Lomberg to a two-year contract extension!

Lomberg was originally signed by the Calgary Flames in 2017 as an undrafted free agent. He had one assist and 32 penalty minutes in 11 games with the club.