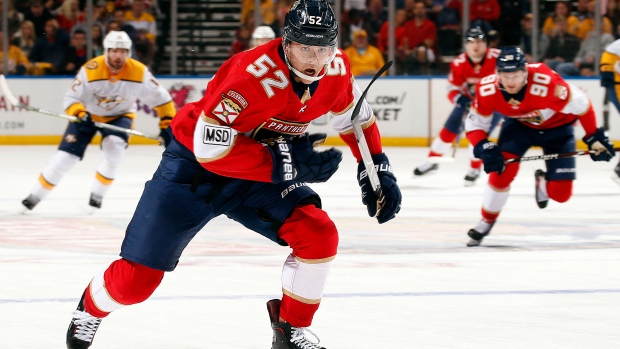 The Florida Panthers have signed defenceman MacKenzie Weegar to a three-year contract carrying an average annual value of $3.25 million.

Weegar, 26, had seven goals and 18 points in 45 games with the Panthers last season, adding one assist in four games during the Return to Play.

"MacKenzie is a solid two-way competitor who brings tenacity and skill to our lineup," Panthers general manager Bill Zito said. "He has developed into a key member of the Panthers both on and off the ice and we look forward to him taking the next step in his career."

He is coming off of a one-year, $1.6 million contract.