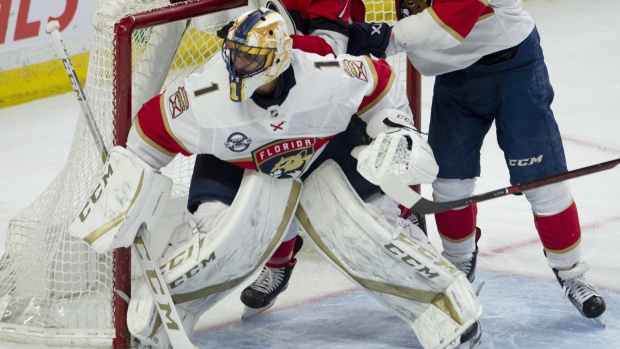 The Florida Panthers announced on Monday that the team will retire goaltender Roberto Luongo's No. 1 in a special pre-game ceremony on March 7 when they host the Montreal Canadiens.

He will be the first player to have his number retired in the franchise's 26-year history.

Luongo, 40, retired in June after 19 seasons in the NHL, playing with the Panthers, Vancouver Canucks, and New York Islanders.

He tallied 489 career wins, placing him third all-time behind only Martin Brodeur and Patrick Roy. Luongo also finished his career with a 2.61 goals-against average and a .919 save percentage in 1,044 games. He played in 43 games last season, finishing with an 18-16-5 record, 3.12 GAA, and .899 save percentage.

Luongo was a six-time NHL All-Star and two time Olympic gold medallist, winning with Team Canada in 2010 and 2014.