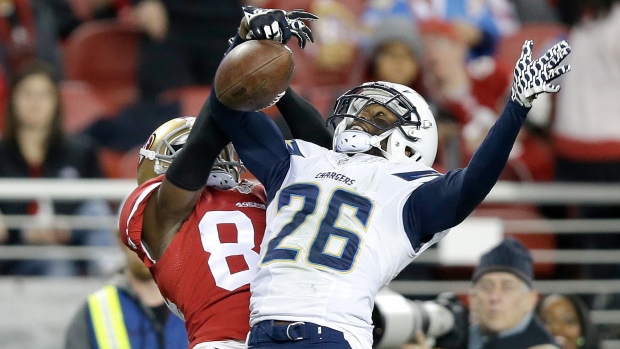 SAN DIEGO - The San Diego Chargers have re-signed one of their key free agents, cornerback Brandon Flowers, to a new four-year contract.

Flowers spent his first six seasons in Kansas City and he was selected to the Pro Bowl in his final season there, 2013.

Flowers was eligible to become an unrestricted free agent on Tuesday.