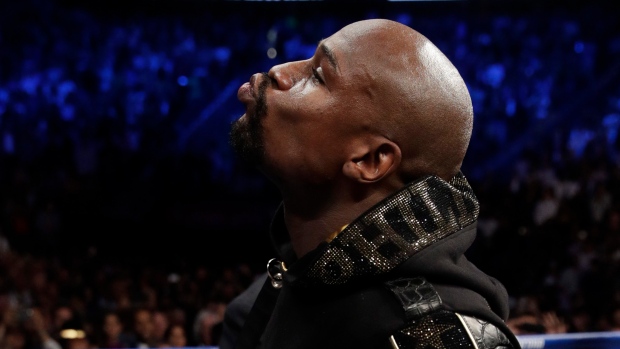 Floyd Mayweather announced on Instagram Sunday that he will be involved in a boxing exhibition bout against YouTuber Logan Paul on Feb. 20.

The fight is scheduled to air on Fanmio through a pay-per-view arrangement.

Mayweather has not fought since New Year's Eve of 2018, defeating Japanese kickboxer Tenshin Nasukawa in an exhibition match in Tokyo. Nearly a year and a half before that, Mayweather took down the UFC's Conor McGregor in a pay-per-view bout in Las Vegas.

Mayweather currently owns a professional boxing record of 50-0 and is widely considered to be one of the best pound-for-pound fighters of all-time.

Meanwhile, Paul squared off against fellow YouTuber KSI twice and owns a career record of 0-1.