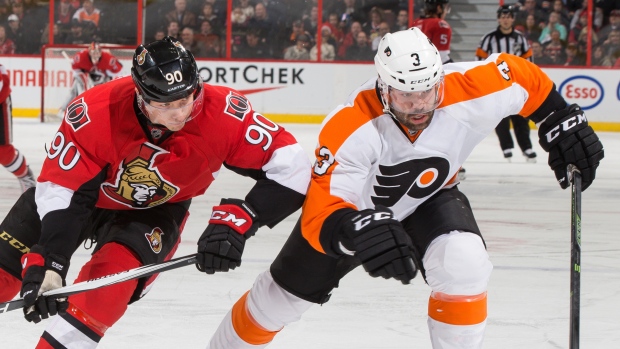 Philadelphia Flyers defenceman Radko Gudas has been suspended three games by the NHL for an illegal check to the head of Ottawa Senators forward Mika Zibanejad on Tuesday.

"I don't necessarily agree with the league's decision but I accept and respect it and I'll move on from here and prepare myself for when I return," Gudas said, following his suspension.

In the Flyers' 4-2 win over the Sens on Tuesday, Gudas brought his elbow up into the face of Zibanejad in an attempted body check early in the third period.

Gudas has never been fined or suspended before.