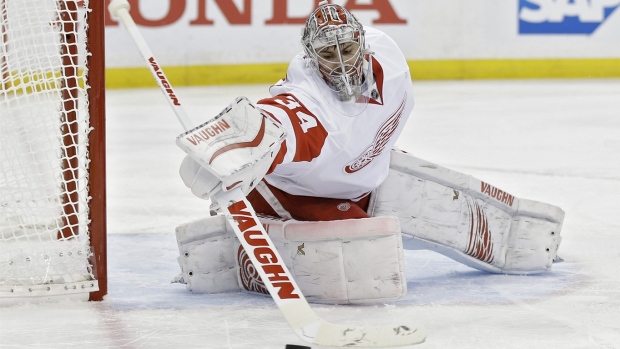 Lehner injury might narrow the options for the Philadelphia Flyers. Sources say ongoing discussions with Detroit on Petr Mrazek.

Mrazek, 26, allowed three goals on 34 shots Sunday night as the Red Wings fell 3-2 to the Toronto Maple Leafs. He owns an 8-7-3 record through 22 games this season with a .910 save percentage and a 2.89 goals-against average.

Mrazek carries a $4 million cap hit this season and is scheduled to become a restricted free agent in July.

Helene St. James of the Detroit Free Press reported over the weekend the Flyers rejected an offer from the Red Wings for Mrazek in exchange for a third-round pick.