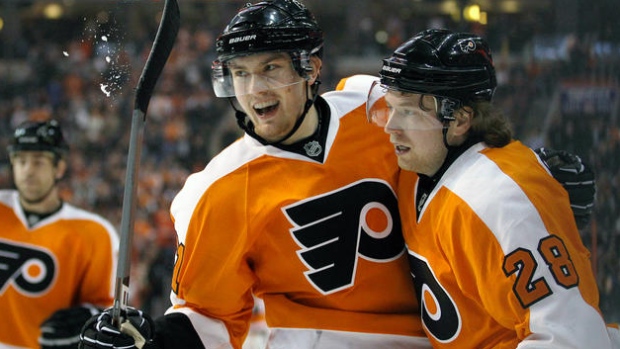 It looks like James van Riemsdyk is going back to Philadelphia.

According to TSN Senior Hockey Writer Frank Seravalli, all indications are that van Riemsdyk and the Flyers will announce a deal Sunday.

All indications are that James van Riemsdyk is going back to the Philadelphia #Flyers on a deal to be announced Sunday. #TSN

John Buccigross reports the deal is for five years with a cap hit of $7 million per season.

As @Buccigross (and maybe others...I can’t keep track) reported it is 5 years/35 million for JVR in Phili.

JVR had one of the best seasons of his career in 2017-18 for the Leafs, scoring a career-high 36 goals and adding 18 helpers in 81 games. Van Riemsdyk led the Leafs in goals, with Auston Matthews grabbing the second spot with 34 and Nazem Kadri coming in third with 32.

It was his sixth season with the Maple Leafs, coming over in a 2012 deal with the Flyers in exchange for defenceman Luke Schenn.

In three seasons with the Flyers, van Riemsdyk reached the 20-goal plateau only once but did score three goals in the 2010 playoffs to help the Flyers reach the Stanley Cup Final, where they fell to the Chicago Blackhawks.