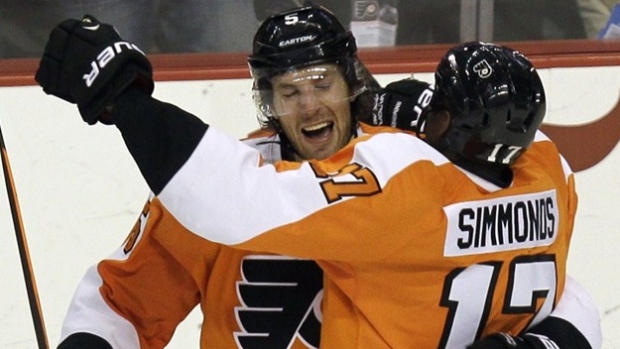 Coburn has not played since the Flyers' opening night loss to the Boston Bruins. He attempted to return to the line-up for the Flyers' game against the Chicago Blackhawks on Tuesday but left the ice after pre-game warm-ups and did not dress for the game.

MacDonald was in the line-up for the Flyers' 5-3 Wednesday night win over the Pittsburgh Penguins.

He has appeared in seven games for the Flyers so far in 2014-15, scoring one goal and adding two assists. Only Mark Streit has logged more ice-time so far in 2014-15 than the 28-year-old MacDonald, who has averaged 22:55 per game.

The injuries further deplete a Flyers' blue line that was already without Kimmo Timonen. The veteran Finn is out until at least the start of 2015 with blood clots.