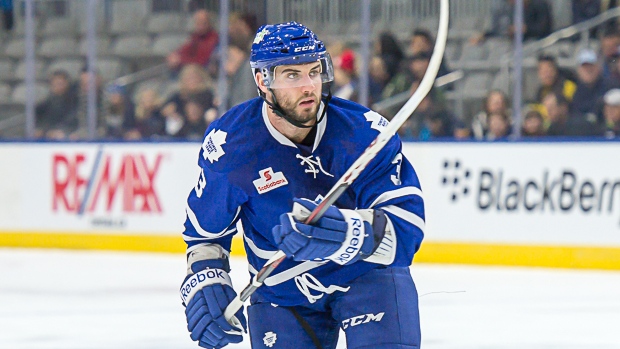 The Philadelphia Flyers have agreed to terms with defenceman T.J. Brennan on a multiyear contract extension.

Tim Panaccio of CSN reports the deal is a two-year, two-way contract worth $625,000 annually.

Brennan, 27, has spent the majority of his career in the American Hockey league since being drafted in the second round (31st overall) of the 2007 NHL Draft. He scored 12 goals and added 40 assists across 73 games with Rockford Icehogs and Toronto Marlies last season. He also appeared in seven games with the Toronto Maple Leafs, tallying one goal with a minue-6 rating.

Brennan has appeared in 53 career NHL contests and owns five goals and 13 points.

He won the Eddie Shore award as the AHL’s outstanding defenceman last season. He also won the award after the 2013-14 season.