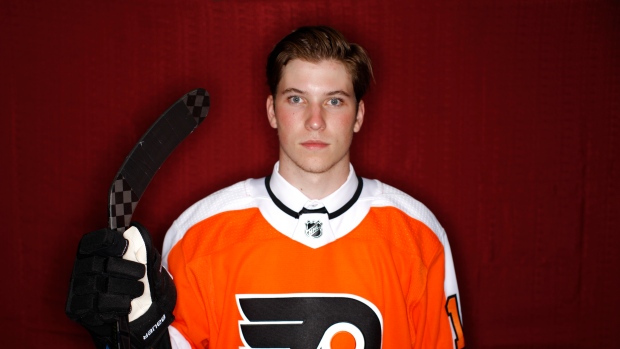 PHILADELPHIA — The Flyers have signed first-round pick Nolan Patrick to an entry-level contract.

The 18-year-old centre was selected No. 2 overall last month after playing the past three seasons for the Brandon Wheat Kings of the Western Hockey League. Patrick had 56 points (30 goals, 26 assists) in 55 games. He had eight goals and seven assists in 19 playoff games to help Brandon reach the WHL championship game, and was the WHL Rookie of the Year.

Patrick helped the Wheat Kings win their first WHL championship in 20 years in 2015-16. He scored 41 goals and added 61 assists for 102 points in 72 regular-season games, and had 13 goals and 17 assists in 23 playoff games to earn WHL playoff MVP honours.