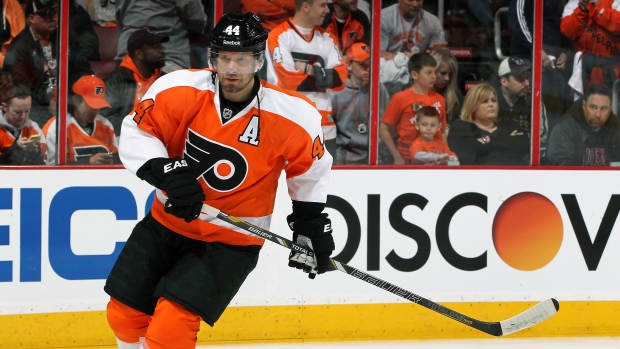 PHILADELPHIA - The Chicago Blackhawks have acquired veteran defenceman Kimmo Timonen from the Philadelphia Flyers for a 2015 second-round pick and a conditional 2016 fourth-round pick.

Timonen has not played a game this season because of blood clots discovered in his leg and lungs over the summer.

The 39-year-old was expected to make his debut Saturday in Philadelphia but instead will do it for the Blackhawks.

Timonen is on a one-year contract with games played bonuses and expects this to be his final NHL season.