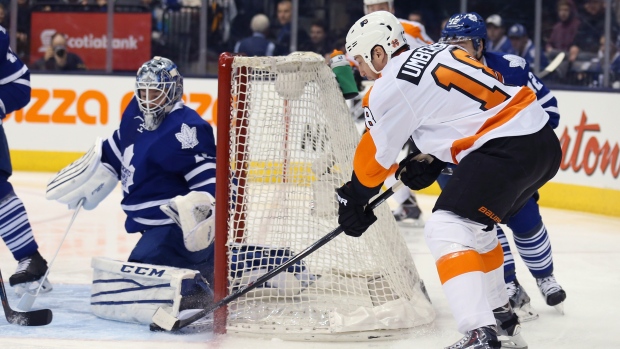 Philadelphia Flyers forward R.J. Umberger is will undergo surgery on his hip and abdominal muscles and is expected to be out 10 weeks.

The team announced the decision Saturday.

Umberger, 32, has missed the Flyers' last two games but has appeared in 67 with the team so far this season. He has registered nine goals and six assists.

A 10-year NHL veteran, Umberger was originally selected 16th overall at the 2001 NHL Entry Draft by the Vancouver Canucks. He has appeared in 740 career NHL games with the Flyers and Columbus Blue Jackets, scoring 178 goals and 203 assists.