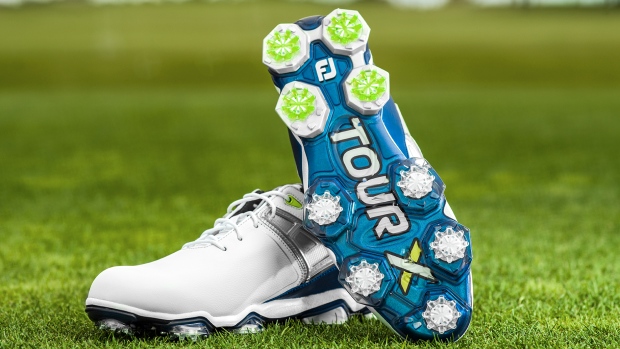 FootJoy’s newest entry into the footwear line is called Tour X and the name, the company says, is intended to convey the message that this has the ultimate X factor.

At first glance, the shoe features a slick athletic look with some definite golf traits. There is a visual wrap around the mid-foot which will draw attention to one of the shoes features. (More on that in a moment.) 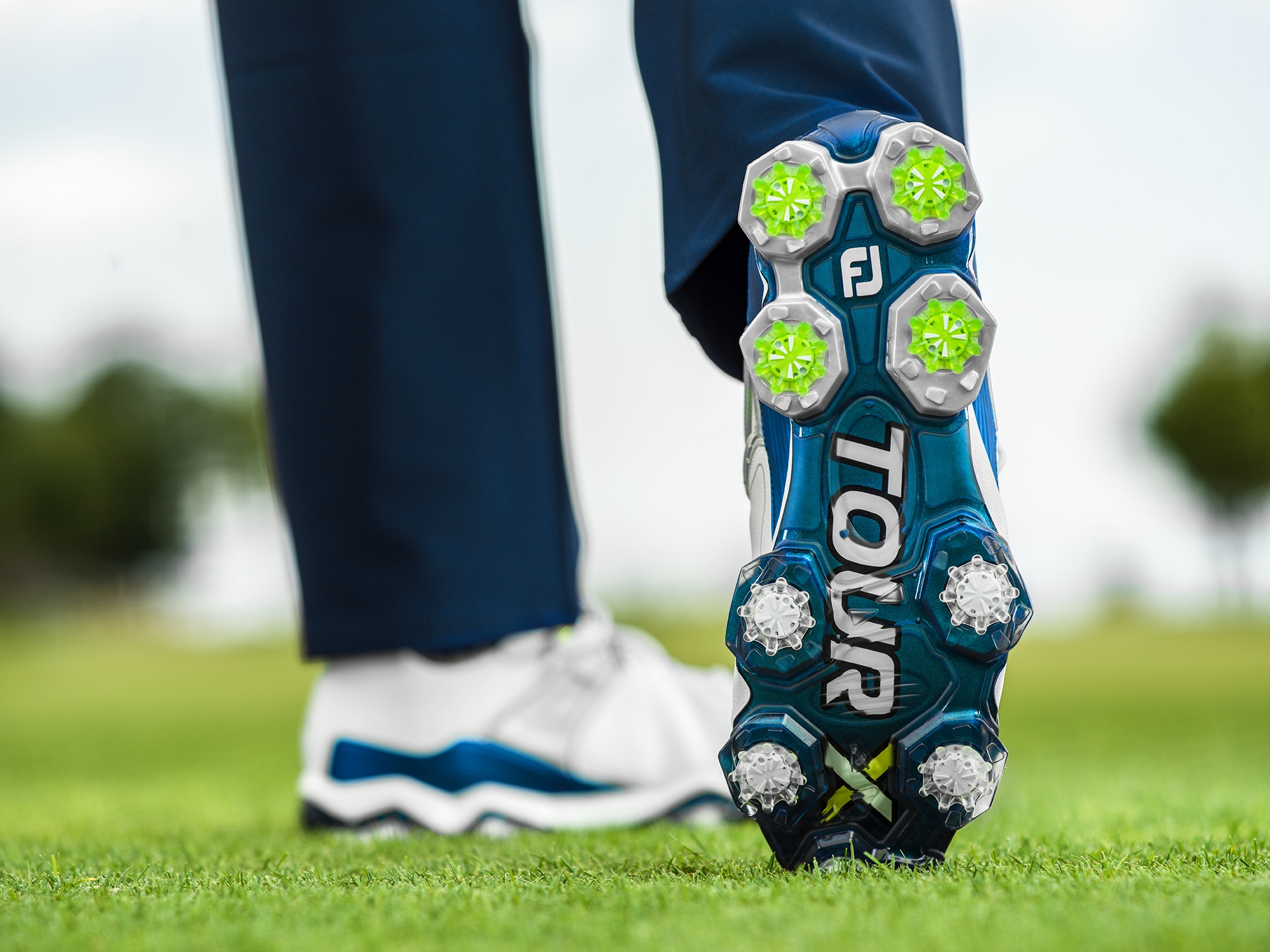 When you turn the shoe over, there are nine spikes (referred to as Power Pods) – four in the heel and five around the outside of the forefoot. They’re attached to what FootJoy calls the PowerPlate. This is a midsole/outsole system that gives great-feeling ground support. The company also says that it provides “maximum ground coverage and stability which allows players to transfer power efficiently throughout the golf swing.”

Tour X also delivers when it comes to comfort. There’s an insole called the OrthoLite Impressions FitBed that is made of two foams that have different densities. One of the foams makes an impression of your foot for a personal fit while the other one adds cushion. Combined, they make for a nice home for your feet for the four-plus hours you’re on the course. There’s also a cushioning around the collar and tongue that has a stretch capability; both add comfort to your tootsies. 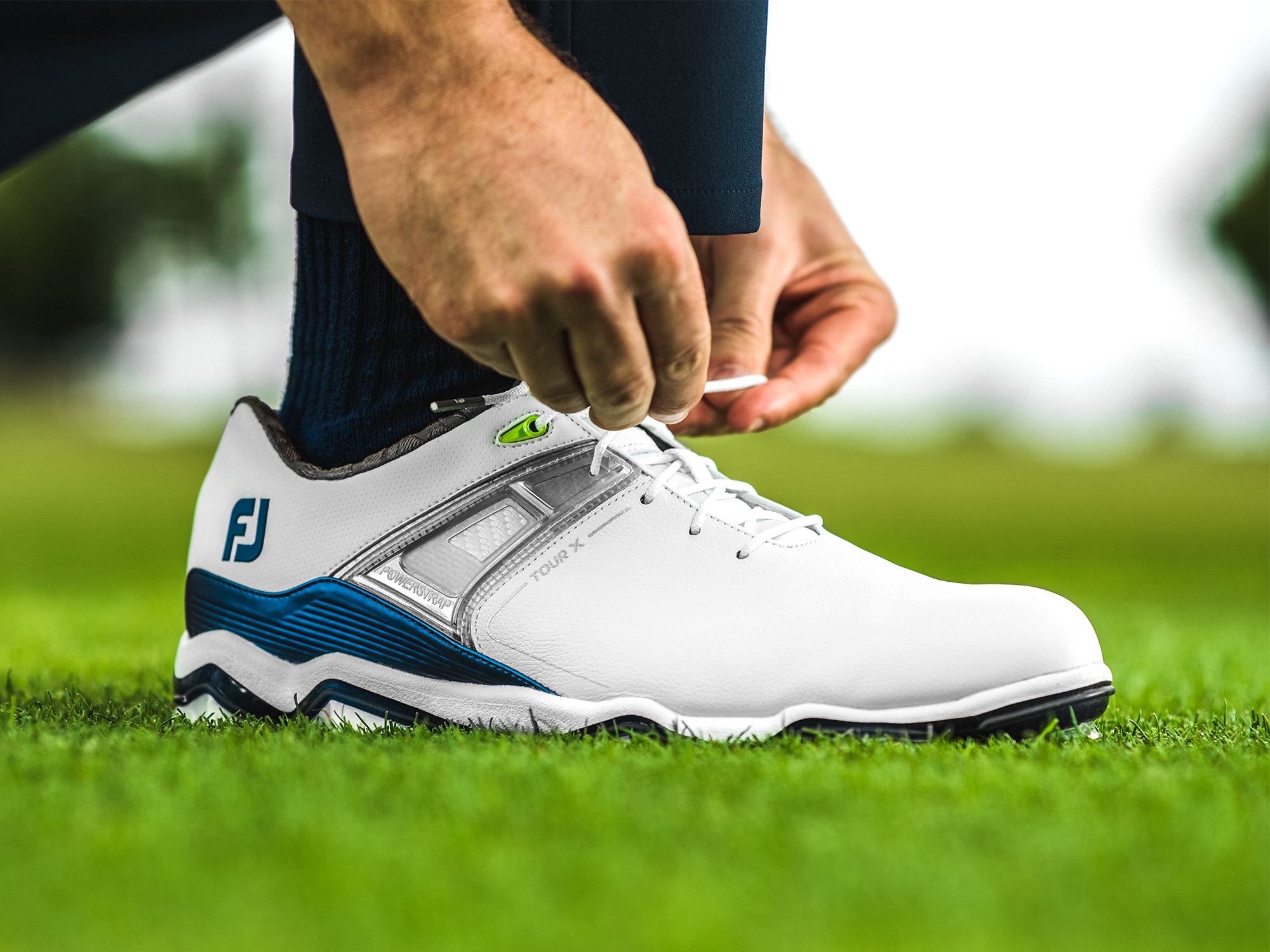 Back to that mid-foot wrap. It’s called the PowerStrap and it gives medial and lateral support. There’s a feeling of stability provide by this and it helps as you move through the swing.

FootJoy has even added what it calls PowerEyelets for your laces so you can, apparently, “pull tight and lock down to maintain a stable, balanced foundation.”