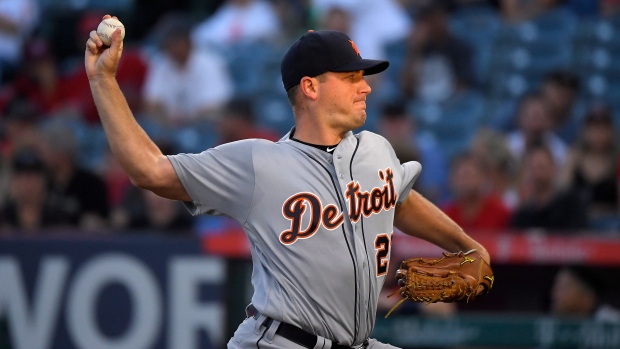 Two-time MLB All-Star and 13-year veteran Jordan Zimmermann is calling it a career.

RHP Jordan Zimmermann has announced his retirement. Zimmermann was the 11th Wisconsin-born (Marshfield) player to play for the Brewers. pic.twitter.com/moDCEssTNo

The right-hander announced his retirement Tuesday morning in a statement released through the Milwaukee Brewers. He had made two appearances this season, allowing five earned runs in 5.2 innings with no strikeouts.

Zimmermann, 34, signed with the Brewers in the off-season and became the 11th player born in Wisconsin to play for Milwaukee.

Zimmermann is best remembered for his time with the Washington Nationals, making the National League All-Star Team in 2013 and 2014. Following seven successful seasons with the Nats, Zimmermann signed a five-year, $110 deal with the Detroit Tigers but wasn't close to the same pitcher. He struggled mightily in the Motor City, finishing his Tigers tenure with a 25-41 record and a 5.63 ERA.

He was selected in the second round of the 2007 MLB Draft.