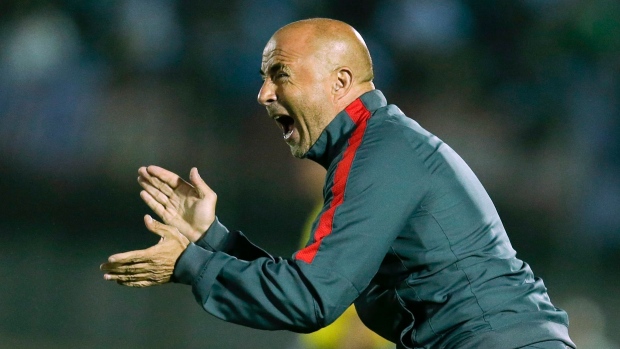 Santos said in a statement that Sampaoli resigned on Tuesday. However, the coach himself told newspaper Lance on Wednesday that it wasn't his decision to step down.

The Argentine had a contract until December 2020.

Sampaoli oversaw a disappointing World Cup campaign with Argentina in 2018 but became a fan favourite in Brazil after leading an aggressive Santos team to second place in the Brazilian championship that ended on Sunday.

Flamengo was crowned champion, 16 points ahead of Santos.

Palmeiras, one of the big spenders of Brazilian soccer, and Argentina's Racing are reportedly interested in signing Sampaoli.