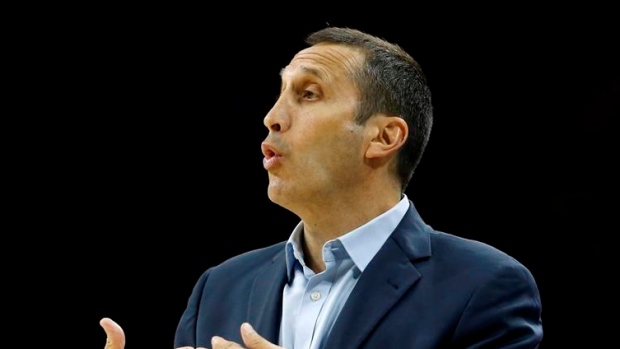 In a statement posted Monday on the website of Greek club Olympiakos, Blatt said he was diagnosed with condition, which attacks the central nervous system, "a few months ago" and has experienced fatigue, weakness in his legs and balance problems.

"I am a coach and my job is to lead and teach and inspire a lot of people. Not being as agile or active doesn't affect my ability to do those things," Blatt said in the statement.

"How could I possibly complain? I absolutely cannot and will not. It's wasted effort and while I ask my players and staff to be the best version of themselves, I must ask and even demand from myself to do the same."

Blatt was appointed coach of Cleveland in June 2014 and took the team to the NBA finals in his first season, losing to the Golden State Warriors.

He was fired partway through the 2015-16 season, in which Cleveland won the NBA championship for the first time under coach Tyronn Lue. He has coached Olympiakos since June 2018.