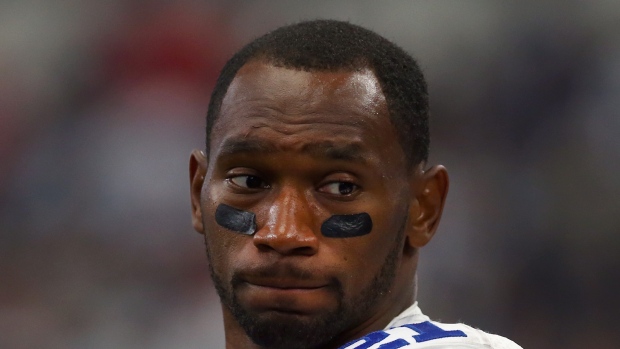 WICHITA, Kan. — Former Dallas Cowboys running back Joseph Randle has been charged with threatening a deputy while jailed on other charges in Kansas.

The Wichita Eagle reports that Randle is charged in Sedgwick County with one count of criminal threat. He said he plans to hire a lawyer to represent him during a first appearance Tuesday via a video link from the jail.

Sheriff's spokesman Lt. Lin Dehning said in an email that Randle is accused of threatening a deputy who was "enforcing the rules" last month at the jail. No other details were immediately provided.

Randle has had a string of run-ins with the law. He's also been charged in Kansas with a casino disturbance and with backing his car into three people. The Cowboys released Randle last year.