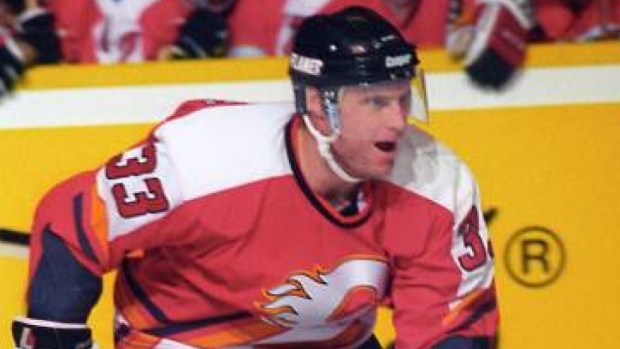 CALGARY — Former NHL defenceman Zarley Zalapski has died at age 49, according to the Calgary Flames.

"We are deeply saddened with the news of Zarley's passing," Flames president and chief executive officer Ken King said in a statement Tuesday.

"We are proud that Zarley wore the Flames jersey, made Calgary his home following his playing career, represented our alumni executive and we will always remember him as a member of the Flames family.

"This is a terrible loss of a man with great character who truly loved the game of hockey. We express our sincere condolences to the Zalapski family."

No cause of death was given.

Zalapski was a member of the Canadian team that finished fourth in the 1988 Winter Olympics in Calgary.

He compiled 99 goals, 285 assists and 684 penalty minutes in the NHL. Zalapski was named to the all-rookie team in 1989 and participated in the NHL all-star game in 1993.

"ZZ was a great teammate, may he RIP and condolences to his family," former Flame Theoren Fleury said in a tweet.

Zalapski played stints in Austria and Switzerland after his NHL career and appeared in 11 games for the United Hockey League's Kalamazoo Wings in 2004-05.

He was the fourth-overall pick by the Pittsburgh Penguins in the 1986 entry draft.

Zalapski played his minor hockey in Leduc before heading to Fort Saskatchewan of the Alberta Junior Hockey League.