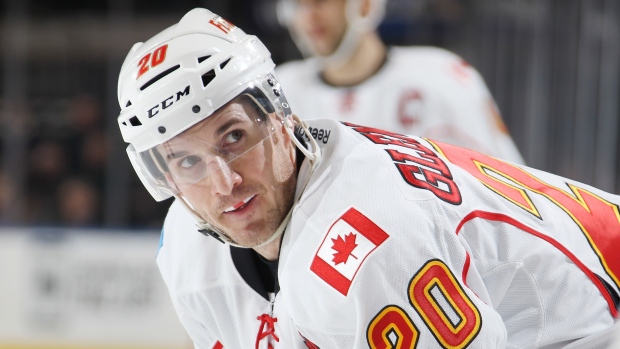 After nine seasons in the National Hockey League, Curtis Glencross is hanging up his skates.

"We have weighed our options and with the young family, I'm enjoying a lot of firsts with them," Glencross said Tuesday.

The 32-year-old former Flames winger was an unsigned free agent this summer before accepted a tryout with the Toronto Maple Leafs. He was later cut, only to get a similar opportunity with the Colorado Avalanche. He played in three preseason games with the Avalanche before being release.

Glencross, who broke into the league by signing as a free agent with the Anaheim Ducks in 2006-07, hasn't managed a full 82-game season in his career. The closest he came was playing 79 games in 2010-11, during which he tallied 24 goals and 43 points. He had his best season the following year, recording 26 goals and 48 points in 67 games.