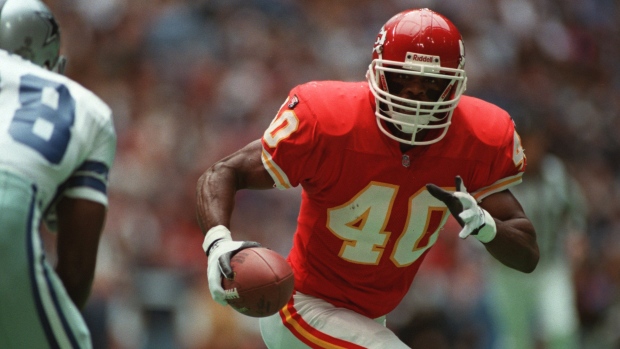 “We developed this because there’s no one in this space that looks like me, right?” Hasty told The Associated Press. “And there’s no one in this space that’s a former athlete. And so we understood through our research and development that there’s a need for this because in most walks of life, there’s folks that are trying to meet certain standards in terms of diversity, and we know that those standards are still being pursued even in the search firm world. But if there’s no one that actually understands sports, if there’s no one that understands the science of sports and that hasn’t played the game, you’re going to find some huge gaps in terms of understanding what it takes to really identify folks that are talented in the coaching world.

“So we took it upon ourselves to develop an algorithm that we felt would now allow us to sort through the coaches and also allow us to track and follow those coaches throughout their career and really understand. We’ve got a database here of over 1,600 coaches, and we can track and follow their progress throughout their career so that when the opportunity becomes available for them in the pipeline of coaching opportunities, we know and we can identify those coaches very early on, a year to two years out.”