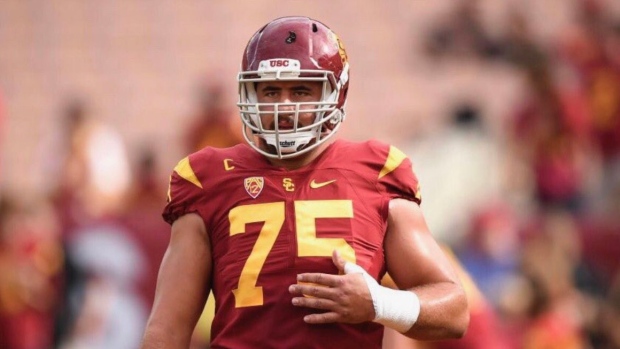 LOS ANGELES — Max Tuerk, an All-America offensive lineman at Southern California who was drafted by the Chargers, has died. He was 26.

Tuerk's family said he died Saturday while hiking with his parents on a favourite trail in Cleveland National Forest north of San Diego. No details were provided.

“Max loved his teammates, coaches and schools,” the family said in a statement. “Max was a loving son and older brother and his passing leaves a giant hole in our hearts.”

Tuerk played for the Trojans from 2012-15. He was a freshman All-American and an All-Pac-12 first-team selection in 2014. As a three-year starter, he played under three head coaches — Lane Kiffin, Steve Sarkisian and Clay Helton.

“Heartbroken by the loss of Max Tuerk,” Helton tweeted. “Incredible person, teammate, and Trojan. Our thoughts and prayers go out to his family.”

The Chargers selected Tuerk in the third round of the 2016 NFL draft, but a knee injury during his senior year affected his progress. Despite making the Chargers’ roster, he was inactive all season.

Before his second season, Tuerk was suspended four games for violating the league's policy on performance-enhancing substances. He said he tested positive after taking over-the-counter supplements.

After being released by the Chargers, he was signed by the Arizona Cardinals in 2017 and played one game before being cut in 2018.

Tuerk, who was from Trabuco Canyon, California, played football at Santa Margarita Catholic High, where he helped the school win a state title in 2011.