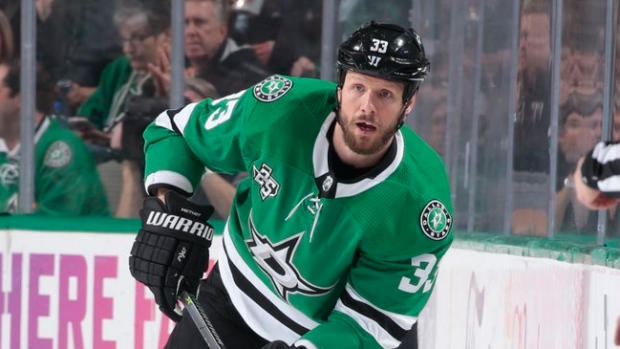 It appears Marc Methot's playing career has come to an end.

The 33-year-old underwent knee surgery last January while a member of the Dallas Stars and told TSN Radio Ottawa 1200 on Thursday that he's unlikely to suit up again in the NHL.

NHL Defenseman Marc Methot on coming up in minor hockey, his life as a dad, injury rehab, career status, league interest, life after hockey, thoughts on the Sens current roster, team's pending UFA's, and his relationship with former Sens teammates.

"I haven't made any final or official announcement, but it's looking like I'm probably done playing hockey," Methot said. "I really tried to make an effort and get back and I just weigh the options and whether it's worth putting my body through that kind of mental and physical exertion and it's just not worth it... I haven't made anything official but I think I'm at a point now where I'm deciding it's probably best for myself and the family that I step back from the game."

Methot appeared in only nine games for the Dallas Stars last season before undergoing the season-ending surgery and said Thursday his knee continues to give him pain.

A veteran of 13 NHL seasons, Methot spent five years with the Ottawa Senators before being selected by the Vegas Golden Knights in the 2017 expansion draft and then traded to the Stars.

A sixth-round pick of the Columbus Blue Jackets in 2003, Methot has 22 goals and 123 points in 624 career NHL games with the Blue Jackets, Senators and Stars.