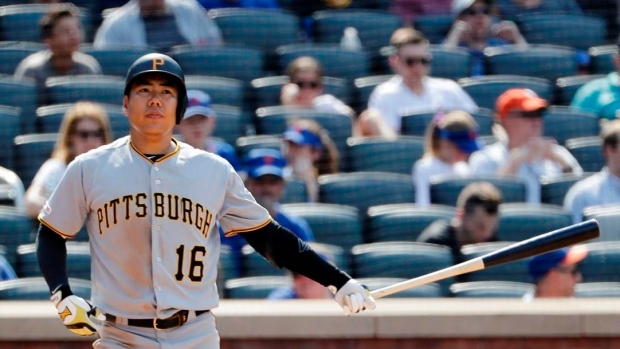 Jung-ho Kang will not be returning to the Korean Baseball Organization.

The former Pittsburgh Pirates infielder announced on Instagram that he was abandoning his attempt to return to the KBO and has informed the Kiwoom Heroes of his decision.

The 33-year-old Kang had already been suspended for the current KBO season after a series of high-profile DUI charges in Seoul.

"I realized once again that I had committed too big of a mistake to be asking fans for their forgiveness," Kang wrote. "I wanted to show people that I had changed, and I wanted to play baseball with the Heroes again. But I see that I was just being greedy and that I was being a burden to the KBO, the Heroes and my fellow baseball players."

Word of Kang's intended comeback had been a source of contention among many fans, heavily criticizing both Kang and the Heroes.

Kim Chi-hyun, the general manager of the Heroes, said that Kang spoke with him on Sunday night and issued an apology.

"We had a lot of internal discussions on Kang's status, and we respect his decision," Kim said.

Kang remains on the KBO's "voluntarily retired" list, meaning that should he attempt to play at another point in the future, the Heroes would have to activate him from it first.

In his post, Kang did not say he was planning on an imminent retirement.

"No matter what I do, I will continue to try to become a better person and to take care of my family and people around me," Kang said. "I will give back to the community and become a contributing member of society."

A native of Gwanju, Kang spent four seasons with the Pirates from 2015 to 2019. He was released last August.