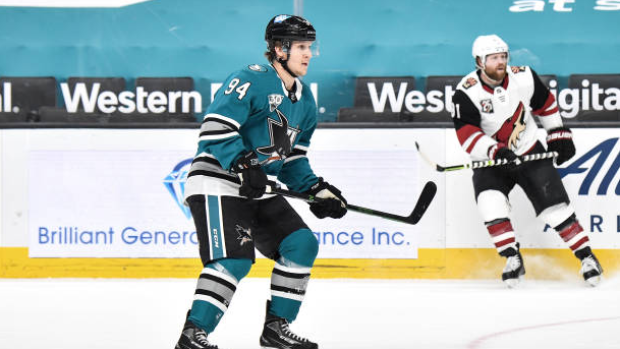 Forward Alexander Barabanov signed a one-year contract extension with the San Jose Sharks Wednesday, according to his agent Dan Milstein.

The 26-year-old winger was traded to the Sharks from the Toronto Maple Leafs in exchange for Antti Suomela at the trade deadline and posted three goals and seven points in eight games with his new team.

Prior to the trade, Barabanov had one assist in 13 games with the Maple Leafs.

He signed with Toronto last off-season after spending the previous seven seasons with SKA St. Petersburg in the KHL.