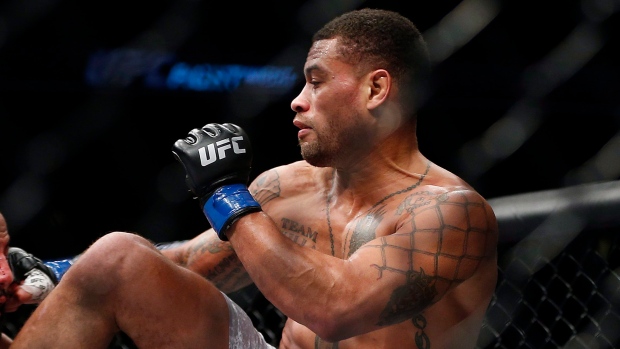 Former UFC fighter Abel Trujillo has been charged with felony sexual exploitation of a child and felony obscenity. He is being held with bond set at $10,000 in Castle Rock, Colorado, according to the Douglas County Court Deputy inmate database.

Trujillo, 35, last fought professionally in UFC’s lightweight division in December of 2017, was arrested on May 24 in Broward County, Florida, after a warrant for his arrest was issued in Colorado. He was extradited to Douglas County in mid-June.

A Douglas County Court Deputy told TSN that the court had no record of Trujillo entering a plea as of yet.

A preliminary court hearing for Trujillo is scheduled for this Thursday at the Douglas County Courthouse.

In Colorado, sexual exploitation of a child is defined as “possessing, producing or distributing sexually explicit material (pornography) involving a child under 18" and this particular charge, as outlined in Colorado court documents obtained by TSN, specifies someone who "possesses or controls any sexually exploitative material for any purpose".

Due to the nature of the charges, the details surrounding the incident are not available for public release according to Deputy Cocha Hayden, the Public Information Officer for Douglas County.

The 35-year-old last fought in the UFC in December of 2017 in Winnipeg where he lost to Canadian John Makdessi via unanimous decision.

He was scheduled to participate in the main event of Battlefield FC 2 in Macau on July 27 against former Bellator lightweight champion Will Brooks, but has subsequently been replaced by Gleison Tibau.

Trujillo has had other legal issues previously, including being convicted of domestic abuse causing injury in 2007 and domestic abuse assault in 2009, according to Iowa court records.