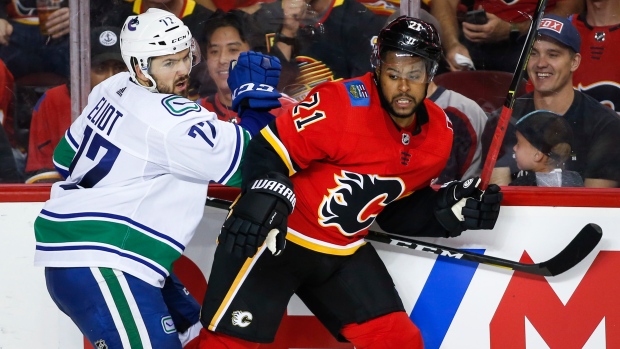 Former Washington Capitals forward Devante Smith-Pelly is continuing his career in the KHL.

The Kunlun Red Star confirmed Monday that the team has signed the 2018 Stanley Cup winner to a one-year deal.

The Kunlun Red Star has signed a one-year contract with Devante Smith-Pelly. The winger has won the Stanley Cup champion with the Washington Capitals in 2018. #krs #redstarhockey pic.twitter.com/wqntNWmmmn

Smith-Pelly was without a point and posted a minus-1 rating in four preseason games with the Calgary Flames last month before being released from his professional tryout on Sept. 28.

The 27-year-old had four goals and eight points in 54 games with the Washington Capitals last season. He spent 20 games with the AHL's Hershey Bears, posting six goals and 14 points, before joining the Capitals for three games in the playoffs, in which he was held without a point.

A 2010 second-round pick by the Anaheim Ducks, Smith-Pelly has recorded 44 goals and 57 assists over 395 games with the Ducks, Montreal Canadiens, New Jersey Devils and Capitals.