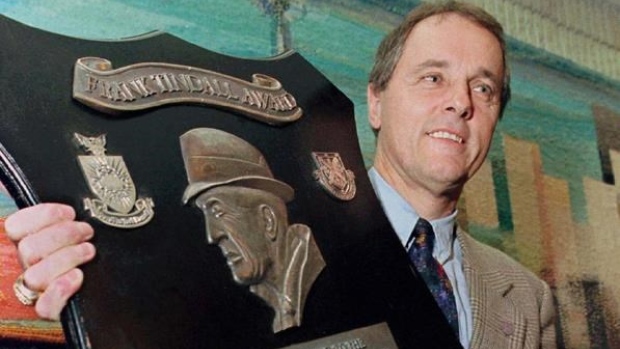 Larry Haylor, who guided the Western Mustangs to two Vanier Cup titles as head coach, has died at the age of 76.

An official at Western said late Friday that Haylor had suffered a heart attack Thursday.

Haylor's passing is the second big blow to Western football. Former head coach Darwin Semotiuk passed away earlier this week, also at the age of 76.

Haylor took over as head coach at Western from Semotiuk in 1984. Haylor, of Prince Albert, Sask., played quarterback at the University of Saskatchewan.