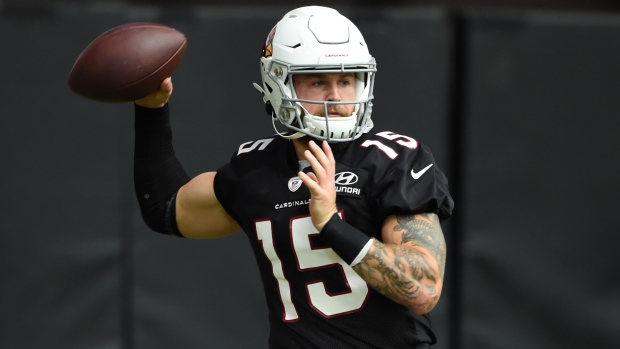 Former Winnipeg Blue Bombers quarterback Chris Streveler is the primary backup at the position for the Arizona Cardinals.

Streveler is behind starter Kyler Murray but ahead of third-string QB Brett Hundley on the Cardinals depth chart, with Cardinals head coach Kliff Kingsbury saying he feels Streveler gives his team an edge.

Cardinals coach Kliff Kingsbury on Chris Streveler being the backup QB ahead of Brett Hundley: "We just feel like Strev gives us an edge," adding the plan is to stick with Streveler as the No.1 man behind Kyler Murray for now.

In the Cardinals' Week 1 win over the defending NFC champion San Francisco 49ers, Streveler finished with one carry for three yards.