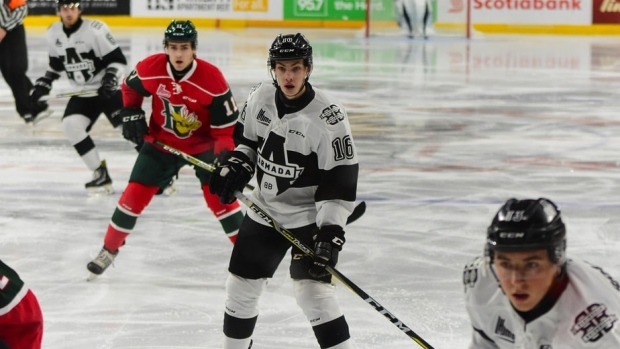 The Seattle Kraken have their first player.

The NHL's 32nd franchise announced the signing of free-agent centre Luke Kenman to a three-year entry-level deal on Wednesday as the club's first-ever player acquisition.

Henman, 21, was a fourth-round pick of the Carolina Hurricanes in 2018 and had spent the last four seasons with the Quebec Major Junior Hockey League's Blainville-Boisbriand Armada.

“Luke is a smart, skilled player with strong leadership qualities,” Kraken general manager Ron Francis said in a statement. “He brings solid character, which this organization values, and we look forward to working with him as he continues his development.”

In 32 games for the Armada this season, Henman had 16 goals and 27 assists.

Over his four-year junior career, the Dartmouth, NS native amassed 63 goals and 161 assists in 225 games.