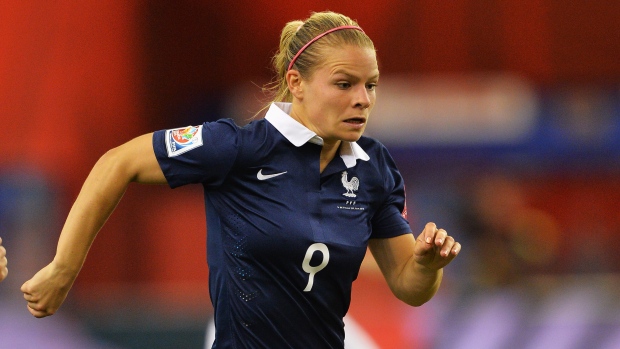 Canada’s national women’s soccer team lost 1-0 to France in an international friendly from Rennes on Monday. It was the second loss of the year for Canada, after the team won three of its four games in the Algarve Cup last month.

“I do think we put some pressure on (France) with the ball,” said new head coach Kenneth Heiner-Møller.  “But when you’re 1-nil up, you don’t have to come out and put pressure on the ball.  So we had to seek the pressure.  We weren’t that good at it.”

The match was another tune-up for Canada as they prepare for qualifying for the 2019 FIFA Women’s World Cup. Canada, ranked fourth in the world, will next play third-ranked Germany in another friendly in Hamilton in June. The 2018 CONCACAF Women's Championship is scheduled for October, with the top three teams qualifying for next year’s World Cup in France.

“I think the biggest takeaway from us today is this is a World Cup final,” said goalkeeper Stephanie Labbé.  “We’re going to be here in a year, playing against France in France.  This is the game we want to be in.  Add 25,000 more spectators, and that’s going to be the feeling.  It’s a big takeaway for us, but if that’s not motivation, then I don’t know what is. “

This was Canada’s first game against France since defeating the no. 5 ranked team 1-0 in the quarter-finals of the 2016 Rio Olympics. Canada has now lost three of its last four meetings with France, with all four games being decided by a goal.

Here are the top takeaways from Monday’s match:

Canadian keeper Stephanie Labbé, making her 50th appearance for the national team, faced two penalty kicks on Monday. The first came in the 10th minute, after Diana Matheson committed a hand ball in the area.  Eugénie Le Sommer converted from the spot to put France up 1-0.

It was a more controversial call in the 77th minute, after Desiree Scott was whistled for a foul on Amel Maijri, even though it appeared the French player slipped. Labbé came up with a massive save on French captain Amandine Henry to keep it a one-goal game.

“It’s unfortunate, but a call’s a call, and you’ve got to refocus,” said Labbé .  “Any time a PK is made, my focus is just directly on that ball, and I want to keep it out of the back of the net.  Unfortunately the first one went in, and I didn’t want that to happen again.”

Canada had trouble bringing consistent pressure offensively.  This is the first time Canada has been shutout in 13 games, dating back to March 2017.

“(We weren’t) really able to secure the ball when we had the attack and organization, but also in the transition phase, we gave it away a little too easy,” said Heiner-Møller.  “We need to create way more chances in front of goal.  That’s something we have to put at the front of our minds to go into the next match against Germany.”

New head coach Kenneth Heiner-Møller has yet to field a consistent starting 11 in Canada’s five games this year. Only Sinclair and Jessie Fleming have started all five games in 2018, as Heiner-Møller continues to experiment with his formation.

Matheson started in her second game of the year, as she continues her return from an ACL injury that had her miss all of last season. Also of note: forward Deanne Rose, who started nine of 11 games last year, has yet to start in a single game in 2018, and has only come off the bench three times.