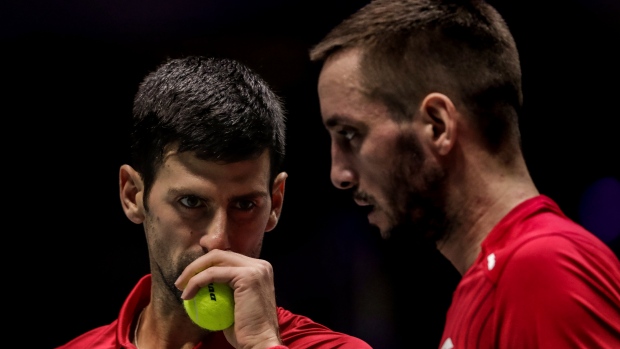 MADRID — The International Tennis Federation says France and Serbia have been given wild-card entries for the 2020 Davis Cup Finals.

They will join the four semifinalists from this year’s inaugural revamp: Britain, Canada, Russia and Spain.

Serbia lost to Russia in the quarterfinals, while France was eliminated in the group stage.

The new-look 18-team finals — reduced to one week in one city and three matches per tie — is the result of a 25-year partnership between the ITF and Kosmos, an investment group co-founded by Barcelona star Gerard Piqué. The overhaul was aimed at making the traditional team competition more attractive and lucrative.

The draw for the qualifiers will be on Sunday in Madrid.