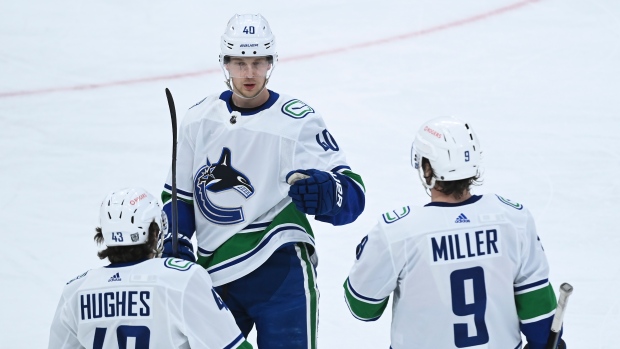 VANCOUVER — Canucks owner Francesco Aquilini says he has "no plans to make changes" despite the team's dismal run this season.

The Vancouver businessman took to Twitter Saturday, saying in a thread he's disappointed by the team's poor start but that there is no easy fix.

The Canucks (6-11-0) head into Saturday's game against the Calgary Flames on a six-game losing skid and have given up more goals (66) than any other team in the league.

Despite the performance, Aquilini says he has "full confidence" in general manager Jim Benning and coach Travis Green.

The Canucks' chairman says the team has been "better in recent games" and he believes it will continue to improve.

Aquilini says the club is sticking to building a core of young talent with players like Elias Pettersson and Quinn Hughes, and that "progression is not always a straight line."

Last year, Vancouver surprised many with a solid run in the Edmonton playoff "bubble," beating the Minnesota Wild and St. Louis Blues before being eliminated by the Vegas Golden Knights in a gritty seven-game series.